Emeralds are considered one of the four “precious gemstones” along with ruby, diamond and sapphire (blue, specifically, since, you know, red and pinkish sapphire is typically considered ruby. But whatever.) So that means that they are highly prized, highly synthesized and highly treated. 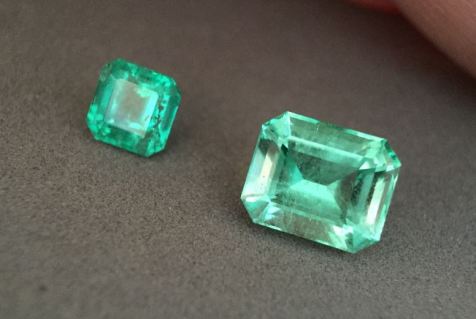 But it’s the birthstone for May so I’ll do a post on it, especially because I am lucky enough to have had two fantastic specimens in my hot little hands for the moment and of course have photographed the heck out of both. 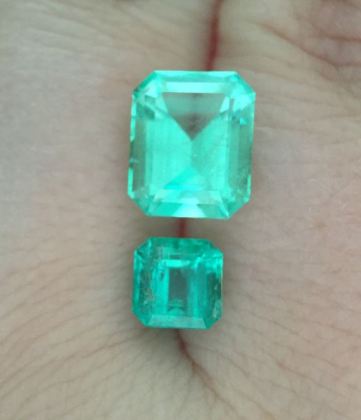 I have a special place in my heart for green. It was my favorite color from roughly age fourteen until about seventeen. And no other gem does green quite the way emerald does. Here is an gorgeous Afghan tourmaline to illustrate this point:

One of the things that makes emerald so special is the glow that seems to light it up from the inside, almost like a green light on a stop light. Fittingly part of what gives it this look is “jardin” the name for the inclusions within emerald, French for “garden”. The only time emerald really seems to “sparkle” is when it’s incredibly clean and without jardin, but this variety of emerald has an entirely different look and feel to it, more like a bright green aquamarine than the soft, but intense glow of a stone with jardin.

Close up with the smaller of the two. Both are Colombian in origin. 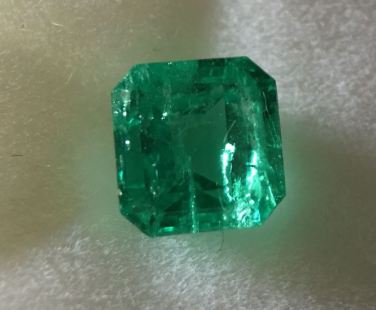 This particular emerald doesn’t have a ton of inclusions, making it pretty rare for an emerald. Just enough jardin to give it that glow factor, which is so highly sought after in these green beauties.

The larger of these two beauties is for sale, and I keep restraining myself from thinking about setting ideas for it.

But I still have the little one to play with. I was thinking something Art Deco would be awesome…and emeralds always look amazing with diamonds!

Maybe I need to hit up the sketchbook…