So I’ve posted some (a lot) of pictures and several blog posts on red spinel, and even have some running as banners along the top of my blog. Spinel is one of my favorite gemstones, mostly because it produces the best gray color, but also because it has an almost metallic sheen to it sometimes. Spinel is very good at having a variety of colors, I’d go so far as to say it’s right up there with sapphire, tourmaline and garnet with the rainbow of colors it comes in.

Now, I’m not a huge red person for myself, but red spinel has slowly been working on that for me. I like red spinel so much that the color red has been slowly wormed into my collection.

I also have a few international friends that are seeking their own red spinels, and I have received red spinel for them and evaluated them so they don’t have to take the risk and time of international shipping, which is beneficial for both them and the vendors of said stones. I really enjoy doing this and I wish they’d utilize me more often! 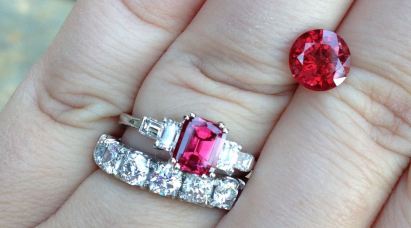 Red spinel melee can vary a bit, and I swear it is on my list to get mine from my gem store set sooner rather than later. I said in this post that I would set them in 2015. We’ll see how the year progresses, but at this point I’m going to aim for more like 2016, since all of my jewelry money is being funneled into putting my jewelry line together. 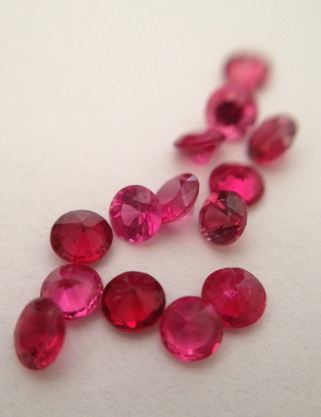 So one of the things about red spinel, is that it used to get mislabeled as ruby precisely because of it’s rich red color. The Black Prince’s Ruby is the best and most widely known example of red spinel being mistaken for a ruby, but it is certainly not the only one. One really fantastic thing (in my opinion) about red spinel is that it doesn’t have the fine inclusions that ruby does, so unlike most ruby, spinel actually sparkles, instead of the glowy velvety look of ruby.

Now, red is one of the most highly sought after colors of gemstones, if not THE highest sought after color. Ruby has traditionally been the most expensive red gemstone, and that’s not likely to change any time soon. Red spinel, on the other hand, has been going and will likely continue going way up in price, especially as it gets to be more popular and mainstream. It is already rivaling ruby on the pricing plane, and yet, it is still incredibly difficult to find quality pieces. As with all gemstones, there is a price premium that accompanies stones of larger sizes. 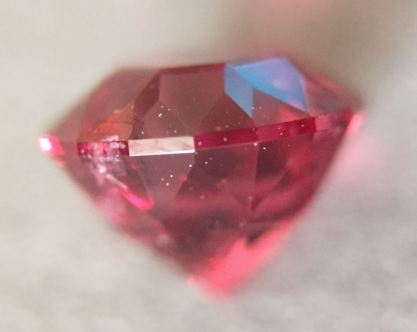 I didn’t really bring up a lot about modifiers in this post because the red hue was exactly what my friend was looking for, but in reds it is very important because they can mean a big price difference for what some might see as being a very small variation. Red usually has some kind of color modifier and the most typical are orange, blue/purple, pink and brown. The most commonly forgivable modifier is pink, since pink is a lighter toned red, but some people can excuse purple/blues and oranges because of personal taste and/or budget. Browns are typically going to be the most economically priced, while pure reds are going to be astronomical.

Red spinels are most commonly found in three different areas: Vietnam, Burma and Mahenge, Tanzania. Mahenge spinels have in the past ten years or so been coming out with the intense hot pinks and reds that display tons of red fluorescence under UV, which enhances it’s color under UV lighting conditions and causes it to appear to have some “glow”.

I keep hearing buzz about ultra red “Jedi spinels” but I haven’t taken a great interest in them because I know from what I’ve heard that they are going to be astronomically expensive, that is, IF you can get your hands on any of them! 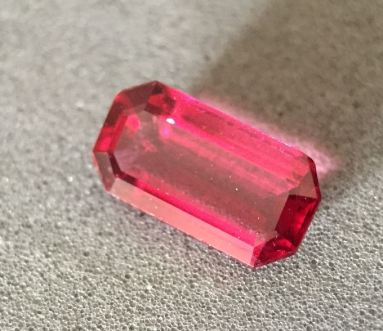 So, the fun part of this post is that I’m adding a coupon code for all of the red and hot pink spinels in my etsy shop for two weeks only! So you can use the code “REDSPINEL” (no quotes) for 15% off from March 16 through the 31st at midnight. If you’ve been eyeing any of the reds or hot pinks in my store, now is the time to go and snatch them up!