I seem to have spent the last week talking about inclusions with various people. I figured that since I’ve been talking about it so much, I might as well turn all of that discussion into a blog entry. This post is pretty generalized. It is more of a take on my view of inclusions, how they affect the beauty/appearance, and a little bit about their effect on value.

Inclusions don’t bother me in colored stones, but they do (most of the time) in diamonds. But that’s because I’m all about color. When I design, typically diamonds are accents, unless, of course, they are colored diamonds.

If the color is right, and the price is right, inclusions are great. They show the stone is natural and they usually lower the price. Some inclusions are prized, like silk in rubies and sapphires, horsetails in demantoids, jardin in emeralds, and they make the stones more valuable.

Now, why would they make the stone more valuable? Well, they can show provenance, they show evidence of treatment and can make for some stunning effects on the gem. Without silk, there would be no gorgeous velvet vivid blue sapphires and no huge markup for a Kashmir blue sapphire.

All of these gems are more rare than diamonds, so inclusions in colored gems are acceptable, so long as they don’t interfere too much with the overall appearance of the gem. Diamonds really aren’t that rare, despite what the diamond industry might want you to believe, so insisting on a stone being at least eyeclean doesn’t really narrow the diamond field that much. But if you’re looking for an internally flawless sapphire, ruby or spinel for instance, you might be waiting for quite a while. 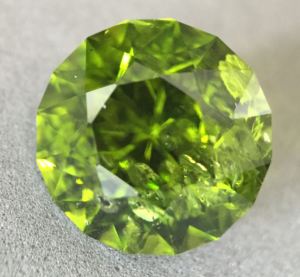 So, clarity between diamonds and most colored gemstones just a completely different ballgame. It is inclusions and differences in chemical composition that can give gems their coloration. There wouldn’t be the electric neon glow of Paraiba tourmaline without copper.

In my opinion, the inclusions don’t necessarily detract from the beauty of the stone, and I think they are super cool to look at under magnification, not to mention, as I said before, they can create awesome visual effects within the stone. For instance, I love the gas bubbles seen in this Mahenge – they remind me of carbonation bubbles in soft drinks.

Lets get a little bit more specific, with spessartite. Typically I actually prefer sugar inclusions in Loliondo, because they give it a glow that they don’t have otherwise, but I like clean stones too – though they tend to look brown in certain lighting because there aren’t any inclusions to break up the light reaching the facets. So then the facets reflect everything and typically it looks brown because of the orange color. Spess is very complicated. 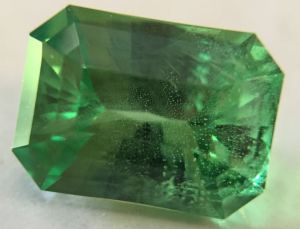 If colored gemstones weren’t rare, and there was a plethora of these gems out there, the way they are with diamonds, then yeah, I’d insist on eyeclean, the same way I do for diamonds. But they aren’t. All of these beautiful little colored stones are actually pretty rare, even more so in the stone’s ideal colors, which explains the mark up!

So. I give a big thumbs up to inclusions. Inclusions and I are friends.